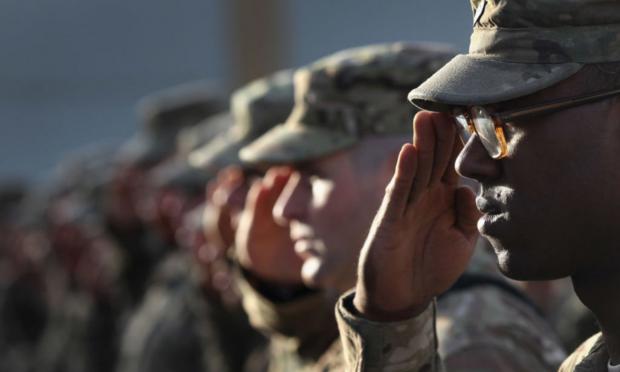 The point of the exercise is to train American soldiers to battle "seasoned freedom fighters", according to the Army. They say they made the announcement so that the public would not be shocked by the sound of weapons or the sight of the soldiers conducting war games. The exercises are going to be conducted on private lands in the western part of the state

This announcement coincides with the Department of Justice announcing the formation of a specialized unit focused on domestic terrorism. According to the DOJ, "We have seen a growing threat from those who are motivated by racial animus, as well as those who ascribe to extremist anti-government and anti-authority ideologies." What they are saying is the hysterical reaction to the January 6 protests is entirely justified as there is an invisible army out there making bombs.

Many assume this is about the ongoing shift toward treating all opposition to the regime as domestic terrorism. The color revolution they orchestrated against Trump will become a full-time revolution. Politicians will go on about the threat to our democracy while agents of the secret police drag people off for made up crimes. Liberal democracy is in its terror phase. The gross violation of rights is justified by the perpetual state of emergency over the alleged threat to the system.

There is some of that, for sure, but the FBI has been framing people as domestic terrorists for generations. They used to work with organized crime to frame people for murders committed by gangsters. That made the FBI look good and they did not have to do any real work. They orchestrated antiwar protests in the 1960's and racial crimes in the South during the civil rights era. They framed too many people to count during the Bush years in the name of fighting Islamic terrorism.