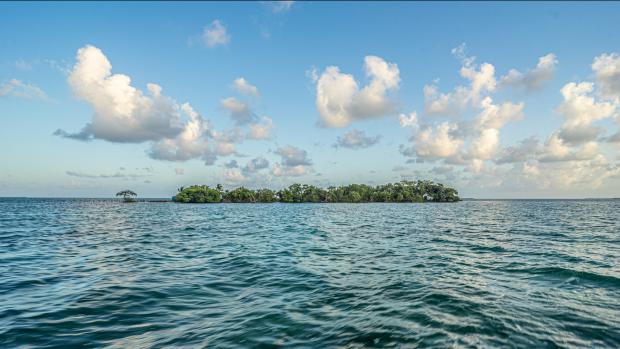 Marshall Mayer asks above the roar of the engine as the boat cuts through the still waters of the Caribbean Sea. Belize City is fast disappearing behind, as a group of mangrove-covered islands grows larger on the horizon.

"And I don't know about you," says Mayer, "but I certainly can't afford to buy an island on my own!"

Mayer is co-founder of Let's Buy an Island, an ambitious project that in 2018 set out to crowdfund the purchase of an island. By December 2019, the group's aspirations became reality, raising over $250,000 to complete the purchase of Coffee Caye, a 1.2-acre, uninhabited island off the coast of Belize.

The investors weren't just buying into a share of Belizean property. They were also investing in an unusual nation-building project, because Coffee Caye, reimagined as the "Principality of Islandia," complete with its own national flag, anthem and government, is also the world's newest "micronation"-- an entity that claims independence but isn't recognized as such by the international community.

Now, in early 2022, Mayer is leading the inaugural tour to Coffee Caye, as a mixed group of investors and intrigued tourists make landfall on the world's first crowdfunded island.

"That feeling of stepping onto an island that you've invested in, and own," says Mayer, after the 15-minute boat ride from Belize City, "that's an amazing feeling."