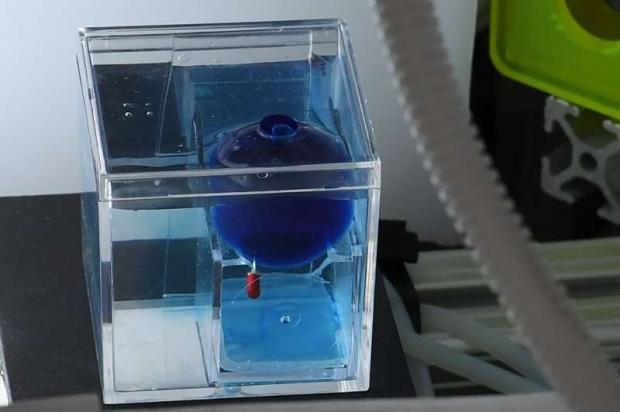 Bionaut Labs plans its first clinical trials on humans in just two years for its tiny injectable robots, which can be carefully guided through the brain using magnets.

"The idea of the micro robot came about way before I was born," said co-founder and CEO Michael Shpigelmacher.

"One of the most famous examples is a book by Isaac Asimov and a film called 'Fantastic Voyage,' where a crew of scientists goes inside a miniaturized spaceship into the brain, to treat a blood clot."

Just as cellphones now contain extremely powerful components that are smaller than a grain of rice, the tech behind micro-robots "that used to be science fiction in the 1950s and 60s" is now "science fact," said Shpigelmacher.

"We want to take that old idea and turn it into reality," the 53-year-old scientist told AFP during a tour of his company's Los Angeles research and development center.

Working with Germany's prestigious Max Planck research institutes, Bionaut Labs settled on using magnetic energy to propel the robots—rather than optical or ultrasonic techniques—because it does not harm the human body.