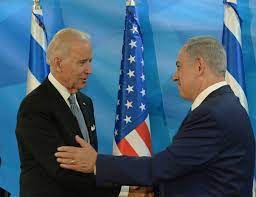 The Israeli government was thrown further into political chaos last week as Prime Minister Naftali Bennett lost his parliamentary majority. Depending on what happens now, Israel could face new elections, more years of stalemate, or Benjamin Netanyahu's return to power. The repercussions will be felt all the way to Washington.

Knesset Member Idit Silman of Bennett's own Yamina party, bolted the government and ran into the arms of Netanyahu's Likud party. That left the government with 60 seats, and the opposition with the same number. The result is that this government — which, due to its mix of right-wing and left-wing groups was already unable to agree on much in the way of legislation — will now be practically unable to pass any legislation at all.

Still, it does not necessarily mean that the Bennett government is about to fall. Because six opposition MKs belong to the Joint List (a coalition of mostly Arab, leftist parties) and they are unlikely to cooperate in a process that is almost certain to end with a more right-wing government than the current one, the opposition lining up behind Netanyahu has 54 potential no-confidence votes. 61 are needed to topple the government.