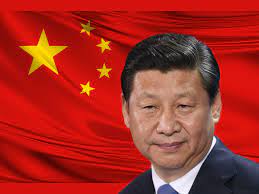 PRESIDENT Xi Jinping is suffering from a deadly brain aneurysm, reports claim - as he faces a coup over China's devastating Covid lockdowns.

The Chinese president, 68, reportedly wanted to be treated with traditional medicine rather than undergo major surgery after he was rushed to hospital.

According to news agency ANI, Xi suffered the "cerebral aneurysm" at the end of 2021.

Rumours about the state of Xi's health have been swirling for years, with fresh speculation sparked by his unexplained absence from the Beijing Winter Olympics.

In March 2019, during a visit to Italy and France, Xi was spotted with a noticeable limp and needing help while trying to sit down.

And addressing the public in Shenzhen in October 2020 - at the height of the Covid pandemic - observers noted his slow speech and coughing.

Fears of a coup over Xi's extreme Covid lockdown measures have also been mounting.

Instead of learning to live with the virus, the totalitarian regime's response to the pandemic is to instead aim to have zero cases with tightly shut borders, mass testing and sweeping quarantines.

China's brutal strategy sees extreme restrictions imposed on towns and cities with just a handful of infections, with entire buildings sealed off even if only one case has been recorded as those who test positive are shipped off to horror quarantine camps.

And this week, the Politburo Standing Committee warned people not to question the strict policies that have locked down cities across the country.

Situation Update, May 20, 2022 - China preparing for "D-Day" INVASION of the continental U