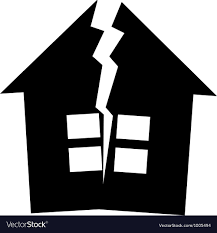 But instead of learning our lessons from that disaster, we are repeating history instead.  The "housing bubble" that we are currently experiencing is far larger than the one that burst in 2008, and everyone knew that if mortgage rates rose high enough it could cause the bubble to burst.  Unfortunately, that is precisely what is taking place.  The average 30 year fixed mortgage rate was sitting at 2.67 percent in December 2020, and now it has risen to 5.30 percent.  In case you are bad at math, that means that the average 30 year fixed mortgage rate has roughly doubled, and that is extremely bad news for the housing market.

The combination of rapidly rising prices and soaring interest rates means that homes have become far less affordable these days.

According to CNN, U.S. home prices have jumped almost 21 percent compared to a year ago…

It's understandable that homeowners, in particular, might be worried about a potential housing market crash — 2008 is our most recent example of what can happen after an incredible run-up in home values. And we've never seen a market hotter than this one. The typical US home is worth nearly 21% more than it was just a year ago, a record that's been reset each of the past 12 months.

The Air Is Coming Out Of The Housing Bubble

Is The Housing Crash Starting?