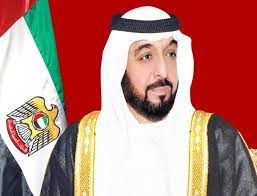 Sheikh Khalifa Bin Zayed Al Nahyan, who steered the Gulf Arab country through the global financial crisis and oversaw its rapid economic transformation, had been in office since 2004. He was 73.

Sheikh Khalifa was also ruler of Abu Dhabi, the largest and wealthiest of the seven sheikhdoms that comprise the UAE. His younger brother, Crown Prince Sheikh Mohammed Bin Zayed Al Nahyan, is expected to become president of the country and ruler of Abu Dhabi.

"Khalifa bin Zayed, my brother, my mentor and my teacher, may God have mercy on you and take you into his good grace and paradise," Sheikh Mohammed wrote on Twitter. It's not clear who will succeed him as crown prince of Abu Dhabi.

MBZ, as Sheikh Mohammed is commonly known, has been the UAE's de facto leader for years due to Sheikh Khalifa's poor health. The succession is not expected to result in any significant shift in policy direction, including on oil.

Sheikh Mohammed already controls the country's energy policy and oil wealth, estimated to amount to 6% of the world's proven reserves. The Crown Prince is also chairman of the UAE national oil company and heads Abu Dhabi's Supreme Council for Financial and Economic Affairs, making him the country's most powerful man long before his brother's death.