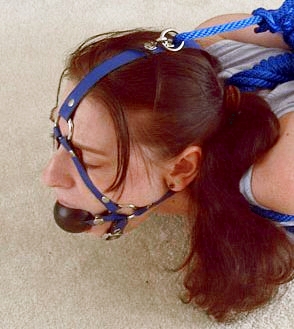 Every once in awhile, we newspaper columnists, raging and fulminating at our keyboards, go too far -- we overstate, we gloss over nuance, we generalize unfairly, we give offense we don't intend while trying to be funny or profound, or we otherwi

2 Comments in Response to Editor blows it, columnist loses his gig and gets tarred

Here is the column as published. Some of the grammar might have been changed, but everything else stood
----
My generation is a unique one, raised amid fears of terrorism and the solidarity of nationalism, ordered to think by media outlets, and refused basic First Amendment rights under the constitution which have been violated by the ironically named Patriot Act.

The most important issue facing the future generation, however, is the abnormal patriotism and undue feeling of superiority that we Americans have both internationally and nationally.

The concept of patriotism itself was attacked on September 11th. Sitting in my sixth grade science class, I listened in horror as the school’s principal explained the attack on the twin towers. But my horrors would not stop there; as a nation we saw the individuals most responsible for the safety of American citizens hailed as heroes.

It is baffling that instead of being punished, Bush and Giuliani were rewarded. At this critical point Bush had the opportunity to defend the liberty of Americans, pursue those responsible for the attacks and exemplify the founding principles of this nation by promoting power through peace and diplomacy as a means of solving conflicts.

Now, though, those who want the troops home are “unpatriotic,” the President continues his genocide in Iraq, and our freedoms at home are threatened more than ever.

The 9/11 generation is being raised somewhat similarly to how the youth of the red scare were raised which included confusion, misinformation, fear, nationalism, and undue support of our elite rulers.

But we have traitors on our hands. We have war hawks, instigators, oppressors and conquering emperors who have brought nothing but death and anguish to the Iraqis.

My generation has seen nothing but an almost continuous “war on terror” which seeks to destroy an ideological backlash, and not a concrete enemy.

However, a true patriot is an intelligent citizen – someone who can investigate the truth and immediately recognize the facts, someone who instead of falsely taking advantage of national pride as a propaganda tool, fights for the liberty and freedom of America – fights to keep us out of entangling alliances and reckless wars. These patriots, especially among the youth, are hard to find.

In the words of Benjamin Franklin, “Any society that would give up a little liberty to gain a little security will deserve neither and lose both.”

But blowing a lot of steam won’t solve anything either; we have democratically controlled congress to thank for that which refuses to challenge the president and instead expands the unconstitutional powers of the Presidency in order to spy on (everything after this was cut off due to going over the word limit and a poor editing job) American citizens.

It is time to speak up. Let us stop being fearful and start defending our wealth, liberty and freedom—all of them are risk and it is incumbent upon us, as a generation, to fight for our freedom.
-----

1. The Chicago Tribune OpEd writer should be commended for bring this to our attention. He should be reviled for being a pussy. Not a good thing in a OpEd writer.

2. There wasn't a damned thing wrong with the sentiments expressed by the young writer. Why the Tribune OpEd guy would suggest an editor could have saved him...from what, an opinion? Heavens forbid.

3. This kids paper is a pussy too. If you can't take the heat for your publication you should enter the cook book business. On second thought, crawl in a hole and pull the dirt in after you. Safe from the complaints of your readers.

4. Change you name to Smith. Yup, expressing a controversial opinion is a whole lot safer with a good old generic American name.

5. Ah youth. Give them hell kid, and add the consequences proudly to your resume. .... Don't write any cook books. Leave that up to OpEd Editors and Publishers.

I don't understand what was so inflammatory about the writing. This was an opinion piece, right? Hasn't Anne Coulter been calling people traitors for years? I don't get it...

JUST IN: Tucker Carlson to Interview Kyle Rittenhouse on Monday

The corrupt liberal media came for me, just like they came for Kyle Rittenhouse...