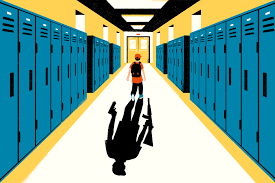 Perhaps the most evil display of deception and murder we are subjected to today are found in the phenomenon of mass school shootings.

Prior to 1999, they were practically non-existent but today, the have almost become predictable.

And if you are able to examine the evidence objectively, without getting emotional, a pattern can be recognized.

Former Naval Intelligence officer-turned-whistleblower, Milton William Cooper wrote in his book, 'Behold a Pale Horse', published in 1991 that the CIA was using drugs and hypnosis on mental patients in order to persuade them to open fire on schoolyards to inflame the antigun lobby and do away with the Second Amendment.

This probably sounds outlandishly evil. And it is but the evidence is there.

In the Columbine shootings of 1999, we are told that Eric Harris and Dylan Klebold acted alone.

The ton of Columbine, Colorado was created in 1958 for families and employees of the military-industrial complex.

Eric and Dylan were arrested a year prior to the shooting and were allegedly sodomized by the arresting officer, which may sound crazy but a local officer admitted to raping informants, which is a known method of trauma-based mind control.

After this January incident, Eric and Dylan were put into a juvenile diversion program and prescribed SSRI drugs known to cause homocidal ideation.

During this time, Eric Harris was making online death threats and bomb threats.

Local police were aware of this a drafted a search warrant affidavit but it was ignored.