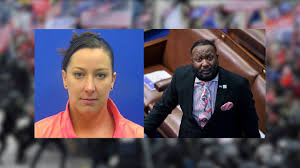 Lt. Michael Byrd of the US Capitol Police shot her to death, yet, according to a memo, "He [Byrd] did not create any police reports or documents relating to the incident, and did not provide an official statement regarding use of force." But the United States Attorney's Office for the District of Columbia declined criminal prosecution against Byrd based on a review of law enforcement and civilian eyewitness accounts, physical evidence, recorded radio communications, cell phone footage, MPD reports, forensic reports, and the autopsy report for Babbitt.

"These records show that Lt. Byrd was given special treatment by the Biden DOJ and that there was a miscarriage of justice in the half-baked shooting death investigation of Ashli Babbitt," said Judicial Watch President Tom Fitton. He added, "Lt. Byrd, who works for Congress, shot an unarmed woman for no good reason."

Judicial Watch announced that it received productions of new records totaling 102 pages from the Department of Justice (DOJ) related to the shooting of January 6 protestor Ashli Babbitt that include a memo recommending "that the United States Attorney's Office for the District of Columbia decline for criminal prosecution the fatal shooting of Ashli McEntee [Babbitt]," also noting that the shooter, U.S. Capitol Police Lt. Michael Byrd, "did not create a police report or documents" related to the shooting of Babbitt.