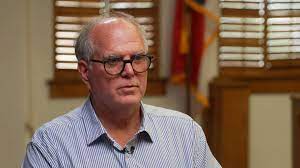 Don McLaughlin says the Texas Department of Public Safety (DPS) is involved in this cover-up, which saw police officers who were fully geared up and prepared for a mass shooting refuse to do anything about it for nearly an hour and a half while the alleged shooter went crazy both outside and inside the building.

"… the Uvalde shooter was able to fire off rounds outside the school building for 12 minutes, unobstructed and unchallenged by law enforcement before he entered the school and murdered children," reported The Free Thought Project.

"He then entered the school where he was allowed to remain unhindered for 1 hour and 17 minutes before a tactical unit with Border Patrol showed up, disobeyed the order not to go in, and finally took him out."

A still shot taken from surveillance footage inside the school shows that Uvalde police were equipped and ready to engage the shooter. At least one of them was seen with a bullet-proof shield nearly an hour before police decided to enter the classroom where the alleged shooter was supposedly hiding out.

"I'm not confident, 100 percent, in DPS because I think it's a cover-up," said McLaughlin, putting DPS Col. Steven McCraw on blast. "McGraw's covering up for maybe his agencies."