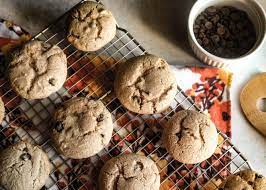 These laws are applied to children behind lemonade stands as well as adults selling flowers. The state callously and with extreme prejudice has been documented arresting people, or even beating up women to enforce these licensing laws. As the following case illustrates, even moms trying to have a bake sale to raise money for their children's college fund will be subject to the government's tyranny.

Recently, the state of New Jersey passed an ordinance that allows folks to sell their home-baked goods for commercial purposes. For $100, citizens of New Jersey can obtain a permit to sell their cookies with a yearly gross income maximum of $50,000. This permit is good for two years.

While this price may seem steep to sell cookies from your home, Maria Winter, a fourth grade teacher in Somerville, just found out that $100 is just the beginning.

When Winter applied for a home-baked license in the city of Somerville, she was told that she had to shell out $5,000 — to sell cookies for her son's college fund.

As My Central Jersey reports:

Her application for a home business zoning permit, which would allow her to sell the sugar cookies from her 150-square-foot kitchen, was denied by Somerville for the first time in February.

Winter was told by borough officials that she needed a zoning variance, pay a $1,000 application fee, deposit $4,000 into a borough escrow account, publish a public notice in the newspaper and notify all property owners within 200 feet of her home that there would be a public hearing on her application.