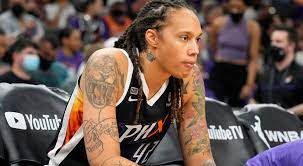 As I pointed out in yesterday's article, U.S. officials and the mainstream press are demanding that Russia release Griner immediately even though they make no demand on federal and state officials to release the thousands of people incarcerated in federal and state prisons here in the United States for non-violent drug offenses. Equally important, they express no interest in ending drug-war tyranny here in the United States, even while lamenting it in Griner's case in Russia.

One of the interesting aspects of the Griner case is that there is a good possibility that she didn't realize that the vaping cartridges had trace amounts of hashish oil in them. Nonetheless, she pled guilty. Why would she do that?

One possibility is that she figured that if she showed remorse, a Russian judge might show mercy on her and let her go with just a slap on the wrist.

But another possibility is that she decided that if she put the Russian authorities to the time and expense of a trial and then was convicted, she'd pay the price in terms of a higher punishment than she would receive if she just pled guilty.