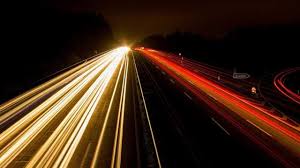 The War of Economic Corridors is now proceeding full speed ahead, with the game-changing first cargo flow of goods from Russia to India via the International North South Transportation Corridor (INSTC) already in effect.

Very few, both in the east and west, are aware of how this actually has long been in the making: the Russia-Iran-India agreement for implementing a shorter and cheaper Eurasian trade route via the Caspian Sea (compared to the Suez Canal), was first signed in 2000, in the pre-9/11 era.

The INSTC in full operational mode signals a powerful hallmark of Eurasian integration – alongside the Belt and Road Initiative (BRI), the Shanghai Cooperation Organization (SCO), the Eurasian Economic Union (EAEU), and last but not least, what I described as "Pipelineistan" two decades ago.

Let's have a first look on how these vectors are interacting.

The genesis of the current acceleration lies in Russian President Vladimir Putin's recent visit to Ashgabat, Turkmenistan's capital, for the 6th Caspian Summit. This event not only brought the evolving Russia-Iran strategic partnership to a deeper level, but crucially, all five Caspian Sea littoral states agreed that no NATO warships or bases will be allowed on site.

That essentially configures the Caspian as a virtual Russian lake, and in a minor sense, Iranian – without compromising the interests of the three "stans," Azerbaijan, Kazakhstan and Turkmenistan. For all practical purposes, Moscow has tightened its grip on Central Asia a notch.

As the Caspian Sea is connected to the Black Sea by canals off the Volga built by the former USSR, Moscow can always count on a reserve navy of small vessels – invariably equipped with powerful missiles – that may be transferred to the Black Sea in no time if necessary.