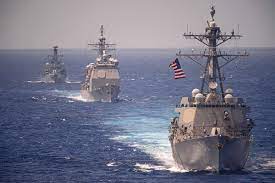 French General Philippe Lavigne was appointed to the post of Supreme Allied Commander Transformation by the North Atlantic Council on May 28, 2021. (Source.)

The North Atlantic Council is the political organization that controls NATO:

The North Atlantic Council is the principal political decision-making body within NATO. It oversees the political and military process relating to security issues affecting the whole Alliance. It brings together representatives of each member country to discuss policy or operational questions requiring collective decisions, providing a forum for wide-ranging consultation between members on all issues affecting their peace and security. (Source.)

Joe Schaeffer, writing for The World Tribune on October 25, 2019, reported:

What can you say about an organization that brings together George Soros, the Clintons, leading defense contractors, a powerful lobbying firm that employs ex-House speaker John Boehner and notoriously biased media outlets such as CNN and Reuters, all under the same umbrella?

The Atlantic Council's commitment to globalism is at the core of its mission statement. "Through the papers we write, the ideas we generate, and the communities we build, the Council shapes policy choices and strategies to create a more secure and prosperous world," the group says of itself.

Putin is at War with the West - Not Ukraine

Could the War in Ukraine Have Been Stopped?