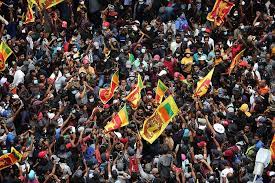 As you'll recall from that editorial, there is a battle taking place right now between farmers in the Netherlands and the technocrats in their government who are seeking to put them out of work and close up their farms in the name of the globalists' grand 2030 Agenda.

And, as you'll also recall, I warned that no matter where you are on the globe or what your position in society is, this Great Reset nightmare will be coming for you and your livelihood next.

Recent events in various countries have only served to underline that point in spades.

Take Ireland, for example. The Irish Times reports that, in order for the country to "meet the Paris Agreement goals on a globally equitable basis," Irish farmers will have to make drastic cuts to their greenhouse emissions, including "A cut of more than 40 per cent in methane by 2030." Exactly as in the Netherlands, these types of drastic and arbitrary cuts would be a disaster for the average farmer and could drive many of the nation's small farms out of business. Despite the best efforts of Ireland's establishment media—like the aforementioned Irish Times or online outlets like Buzz.ie—to browbeat the Irish public into turning agains the farmers, a growing protest movement in the country points to the possibility that Ireland will be yet another front in the Global War for Independence that I wrote about last week.

Or take Sri Lanka. As you have no doubt seen in the establishment news media, Sri Lanka has descended into chaos in recent weeks, with the economy completely collapsing and the president fleeing the country amid fiery protests.

But you probably have not seen the real reasons for that collapse in the establishment news media and you're probably not going to. In truth, the Sri Lankan situation falls very much in line with the global insurrection which the Dutch farmer protests are leading. And the steps that the Sri Lankan government are now rolling out to further control their population in the name of restoring order to the country offer important insights about where the globalist agenda is going from here.