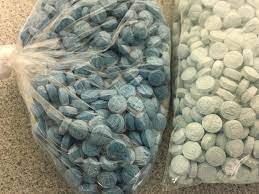 Fox News reported Jose Zendejas, 25, and Benito Madrigal, 19, did not show up for their scheduled court date at the Tulare County Courthouse on Thursday. The pair is accused of attempting to smuggle in over 150,000 fentanyl pills. The street value of their haul is estimated to be $750,000.

Tulare County Sheriff Mike Boudreaux predicted the two men would not show up to their court date after they were released, saying California's soft-on-crime policies are making things worse amid the historic increase of the extremely deadly fentanyl being smuggled in from Mexico.

"I didn't learn about the order until it was far too late," Boudreaux previously told Fox News. "I couldn't believe we had 150,00 fentanyl pills — one of the most dangerous epidemics facing our nation today — with people in custody that we may potentially be able to impact the future of this type of drug trafficking organization… and we let them go."

The Drug Enforcement Administration in Los Angeles recently announced it sized more than one million fentanyl pills. The pills and traffickers are potentially linked to the Sinaloa Cartel, one of Mexico's largest and oldest cartels.