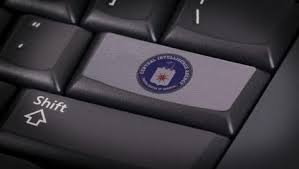 Prepare for the lies of Wikipedia, also known as "Woke-a-pedia," to become the so-called "truth" of the virtual world.

The kings of misinformation claim they are in desperate need of regulating and banning misinformation across the entire internet – the very problem Wikipedia helped create.

Wikipedia is calling themselves the "default first stop" for internet user's quest for information, though even public school kids know it's a heap of garbage that's dead wrong on everything from politics to health and safety information. Plus, Wikipedia has already been exposed as a Central Intelligence Agency (CIA) disinformation front. Wikipedia serves as a Deep State propaganda tool for the CIA and the Federal Bureau of Investigation (FBI) masquerading as an online "encyclopedia."

Facebook, also known as Fakebook or "Meta," brags about Woke-a-pedia having posted over six million entries, while adding tens of thousands of new ones every month, but do opinions and propaganda about pop culture qualify as "entries" in an online "dictionary" or encyclopedia? Plus, everything about medicine and vaccines is scripted, posted and edited by pharma shills that have been exposed time and time again, so, you were saying?

Meta announces new AI-powered tool "Sphere" to guard MSM misinformation and ban all truth that debunks Wikipedia propaganda
Sphere is the new AI scanner that automatically crawls the web, searching for and deleting truth news that exposes fake news, able to scan hundreds of thousands of citations in real time. Anything that doesn't support Democrat narratives about war, famine, global warming, transgenderism, perversion, chemical medicine or COVID-19 clot shots gets scrubbed, banned, deleted and erased from history, just like the Nazi book burning, but this is done AI-style online.