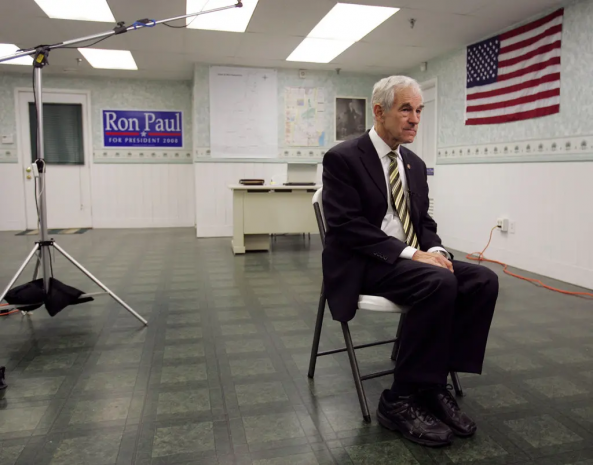 This newfound disorder is especially true for the right, as a new crop of libertarian-leaning and populist Republicans are challenging fundamental precepts of America's mission in the world. For those who know their foreign policy history or are old enough to remember the Cold War, this represents a sea change in the American right.

While the right has a long history of "isolationism," that tradition of foreign policy restraint waned for much of the early Cold War. Caught under political pressure, generational turnover, and internal tension between anticommunism and restraint, right-wing noninterventionism effectively vanished from the GOP by the early 1970s. And it is in that vacuum that Ron Paul began his congressional career in 1975.

When Ron Paul launched his political career in the 94th Congress, he was a man after his time. With the retirement of Iowa Congressman H.R. Gross, the last of the so-called "Old Right" departed office. In their place arose the "New Right," a new generation of conservatives more aligned with the goals of the Cold War and the technocratic liberal vision which undergirded them. During his first two stints in Congress (1975-1977 and 1979-1985), Paul served as the lone voice of right-wing opposition to U.S. foreign policy and act as a bridge between an earlier era of ubiquitous right-wing foreign policy restraint and our current era of debate and disorder.

Paul's unique opposition can be measured and displayed using computational analysis of congressional voting records on diplomatic and military policy. This article will use computational methods on a corpus of congressional roll call votes compiled from UCLA's Voteview database. The dataset used for this article is comprised of 3,680 votes associated with U.S. foreign aid, diplomacy, and military policy from 1935 until 1992.