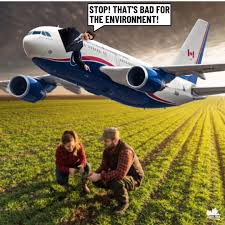 Canada remains one of the increasingly diminishing number of western governments that demands face masks be worn on flights, with the United States ditching the rule nearly four months ago.

When a Florida judge struck down U.S. version of the law, Trudeau's government moved to insist that masks would still be required on Canadian airlines and on flights that depart from or arrive in Canada.

However, that rule doesn't seem to apply to Trudeau himself.

A video showing Trudeau and his family disembarking from a private jet after it arrived in Costa Rica shows none of those who were onboard wearing a face mask.

One of Trudeau's daughters even sneezes twice as she is greeted on the tarmac, despite Trudeau insisting that Canadians who have the sniffles should self-isolate.

Everyone is equal. Some are more equal.pic.twitter.com/2MgqkBV7G2