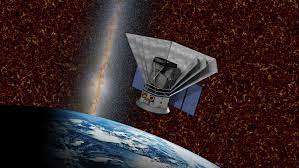 Two NASA missions will take a roadtrip together to orbit in April 2025, the agency announced.

Onboard a SpaceX Falcon 9 rocket will be five spacecraft, one devoted to astrophysics and the other four a mission devoted to solar science. NASA said the "carpool" arrangement, as they termed it, would save expenses and complication, in an statement (opens in new tab) released Wednesday (Aug. 3).

"Rideshares are a great way to save money," Craig DeForest, PUNCH principal investigator at Southwest Research Institute in Boulder, Colorado, said in the statement.

The dual launch will take place from Vandenberg Space Force Base in California.PUNCH, known more formally as Polarimeter to Unify the Corona and Heliosphere, will study the solar wind, the constant stream of charged particles flowing off the sun. The four-satellite mission delayed its launch date two years from 2023 to overcome supply chain issues during manufacturing, the agency added.