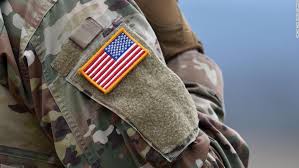 Yet the U.S. military is apparently putting guns in mentally ill people's hands, as it's now recruiting individuals "with a history of 'self-mutilation,' bipolar disorder, depression and drug and alcohol abuse," as USA Today wrote back in 2017. The reason why concerns a problem that has only worsened since that report.

To wit: Armed forces enlistments have been plummeting, with Americans either unqualified or unwilling to join, write David Goetsch and retired Lieutenant Colonel Oliver North in a recent Townhall piece. Worse still, they lament, the situation isn't being remedied because the powers-that-be won't even acknowledge the problem.

Laughably, pseudo-elites throughout government blame the manpower shortfall on, as Goetsch and North relate it, a "bustling post-COVID economy" in which young people can easily find lucrative jobs. In reality, though, many Americans are unqualified because they're obese, have criminal records, and/or use drugs. Yet this isn't even the worst of it.