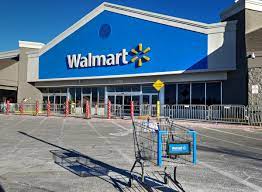 Yesterday, I posted an article in which I listed 11 big companies that are laying off workers.  After I completed that article, I discovered that Walmart is also letting people go.  If a seemingly unshakable giant such as Walmart already feels compelled to eliminate jobs, what is the outlook for employees of companies that are far smaller and far weaker?

When Walmart announced that it would be laying off nearly 200 corporate employees, it rapidly made headlines all over the nation…

Walmart let go of almost 200 corporate employees on Wednesday amid the economic downturn and rising inflation, according to a person familiar with the development. The company said in a statement that these layoffs are a part of updating its structure.

Yes, they are "updating their structure" because they know that really hard times are coming.

And the projections that the company recently released confirm this…

Walmart said it now anticipates adjusted earnings per share for the second quarter and full year to decline around 8–9 percent and 11–13 percent, respectively. Previously, the retailer had predicted a 1 percent fall it had previously forecast for the full year.

"Food inflation is double digits and higher than at the end of the first quarter. This is affecting customers' ability to spend on general merchandise categories and requiring more markdowns to move through the inventory, particularly apparel," Walmart said.