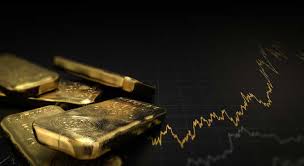 I had a conversation with Tom Bodrovics, the show's host. Tom is a private investor from western Canada with a background in oil and gas. In 2014 he identified the top of the housing cycle and sold his home to invest in the junior resource sector. He gained a libertarian and contrarian perspective in 2013 when he attended an entrepreneurship course in Europe and has been studying markets of all types ever since. He operates a successful business servicing the oil and gas sector in Alberta and is the host of Palisades Radio.

During our interview, we talked about a number of things, not the least of which was a recent Federal Reserve report indicates that China was trying to infiltrate the organization. I also explained why I think China wants to challenge the dollar and grow as a global economic superpower. We touched on China and Russia continuing to de-dollarize while stockpiling gold.

We also talked about how the BRICS have announced their intention to create their own global reserve currency.