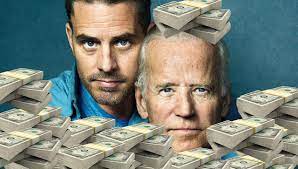 During a Sunday segment of CNN's "Reliable Sources," host Brian Stelter admitted that the Hunter Biden laptop story is not "just a right-wing media story," and that it could impact Joe Biden's chances for reelection in 2024.

"What about his son?" asked Stelter. "What about Hunter? Hunter under federal investigation, charges can be coming at any time, this is not just a right-wing media story. This is a real problem for the Bidens."

Meanwhile, CNN also aired an interview in which Pink Floyd's Roger Waters calls Biden a "war criminal" who's "fueling the fire" of Russia's war with Ukraine.

He then questioned why the US does not "encourage" Ukraine's President Volodymyr Zeleksny "to negotiate, obviating the need for this horrific, horrendous war that's killing we don't know how many Russians."

When CNN's Michael Smerconish pushed back, saying the 78-year-old rocker had "got it reversed" by "blaming the party that got invaded," Waters replied: "Well, any war, when did it start?"