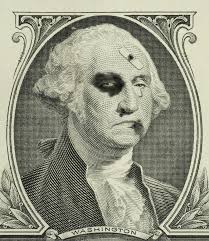 Americans haven't been this negative about the future of the U.S. economy since the financial crisis of 2008.  Of course it isn't exactly difficult to figure out why this has happened.  A new recession has begun, inflation is wildly out of control, the housing market has started to crash, and more people are falling out of the middle class with each passing day.  So many of the economic trends that I have been documenting in recent years are now really beginning to accelerate, and there isn't much faith that the Biden administration and our other leaders in Washington will be able to turn things around any time soon.

But even though the outlook for the months ahead doesn't look promising at all, I was still quite stunned by the results of a brand new ABC News/Ipsos survey that was just released…

Americans' perception of the economy hit the lowest point since the 2008 crash in a new poll showing the Republican Party is more trusted to handle these kitchen table issues.

In an ABC News/Ipsos poll released Sunday, 69 percent of Americans claim that the country's economy is 'getting worse', while just 12 percent say it is 'getting better' under President Joe Biden's leadership.

The last time that particular survey produced results like that was right in the middle of the last financial crisis.

Most of you still remember the "Great Recession" very well, and there are many that believe that what we are heading into will be even worse.

Biden specifically has a 37 percent overall approval on his handling of the economy – the lowest point in the polling since he took office last year.