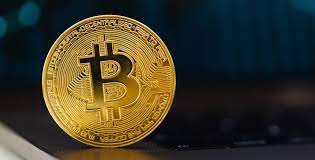 Central Bank Digital Currencies (CBDCs) will soon be operational in various countries and it's important to note that they're a form of money with intrinsic programmability. Rules can and will be set as to how these central bank liabilities can be spent. Over time, CBDCs are the elimination of cash and thus, private exchange. They are also the most "slippery slope" ever witnessed.

In the wrong hands, the ability to program money is horrifying and will be used to serve authoritarian ends to varying degrees. Picture China — a leading country in CBDCs — applying its dystopian social credit system directly to the digital yuan: allowing spending only on government-sanctioned goods and services, offering interest rates that hinder those unfavorable to the Chinese Communist Party (CCP) and providing money with expiry dates, forcing expenditure instead of savings.

Simply put, that is not money; it's a central bank lever for economic influence and social control. It's a means of energy exchange that provides the user very little optionality, which is highly undesirable and, in fact, somewhat antithetical to the concept of money itself. This is without mentioning that these currencies will simply represent already rapidly-debasing fiat notes which are actively siphoning off the stored life force of their users in order to fund government initiatives.

Thankfully, as the global population begins to grapple with these fundamental violations of both their privacy and property rights, they will have the option to store and transact their monetary energy using an international and incorruptible money governed by rules, not rulers — bitcoin — for the first time in history.

Boots on the ground from "Bitcoin Beach" in El Salvador

Bitcoin - to hold or not to hold