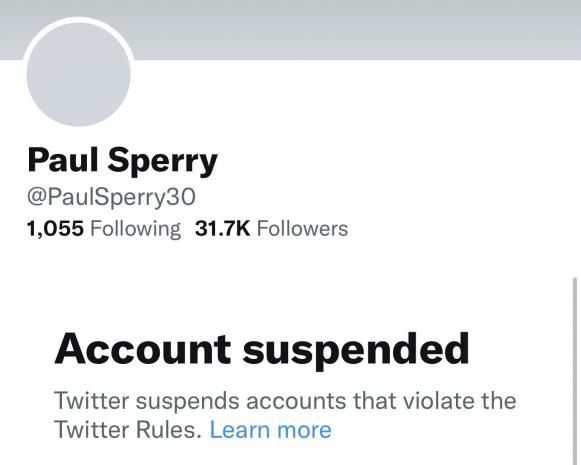 Twitter has suspended journalist Paul Sperry after he made several tweets about this week's FBI raid on Trump's Mar-a-Lago residence, where they spent up to 9 hours rifling through the former president's private office, Melania Trump's wardrobe, and eventually took 12 boxes of material. According to the Wall Street Journal, the records included a letter from former President Barack Obama, and correspondence between Trump and North Korean leader Kim Jong Un.

The boxes contained some documents subject to a federal law requiring official records to be turned over when a president leaves office as well as some material archives officials described only as "classified national security information," prompting them to refer the matter to the Justice Department for investigation. -WSJ

Sperry, meanwhile, tweeted several hot-takes on the raid, which appear to have gotten him suspended. 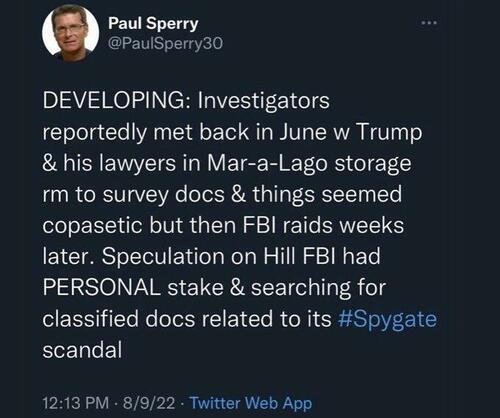 Indigenous Australian Athlete Gets Fined for Criticising the Queen