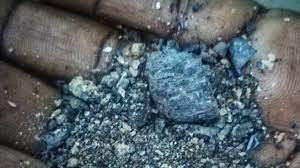 Leopold had vast amounts of rubber and ivory extracted. The rubber was used in tires for bicycles and cars as well as for electric wires.

When the DRC gained its independence, it was led by Prime Minister Patrice Lumumba whom Malcolm X called "The greatest Black man who ever walked the African continent." When Lumumba was elected president, his goal was to stop the exploitation. However, he was tortured and killed shortly after taking office. The film King Leopold's Ghost shows that President Eisenhower, the United Nations, and Belgium were complicit in his murder.

The DRC's extraordinary wealth makes it a magnet for outside exploitation. It's almost as though its resources are its greatest curse. The Congo is rich in rubber, ivory, cobalt, copper, niobium, coltan, petroleum, industrial and gem diamonds, gold, silver, zinc, manganese, tin, uranium, coal, hydropower, and timber. The US used the uranium from the Congo for the atom bombs it dropped on Japan in WWII.

Now, the Congo is being exploited for the cobalt used in batteries. Coltan is refined into tantalum powder to make heat-resistant capacitors for cell phones, laptops, PCs, DVD players, and other high-end electronics. With global technological innovation on the rise, the demand for coltan continues to surge, creating the incentive for miners and traders to step up their efforts to extract it.

So, we are all complicit in the ongoing assault on the DRC just through our purchase of cell phones and other electronic devices. Is there a way to stop the carnage? The end of this article explains that Fairphone may provide a better option for people and the planet.