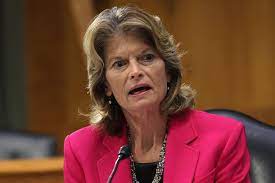 Alaska handed over their elections to RINOs and Democrats after approving rank choice voting, automatic registration and mail-in voting.

As previously reported by Seth Keshel:

Allow me to account for the most severe symptoms plaguing Alaska's elections:

2) Ranked Choice Voting (RCV) – approved in 2020, and the first election using it will be run later in 2022 for the vacant U.S. House seat left behind by the deceased Don Young. Ranked Choice Voting allows a pathway for extreme candidates to supplant candidates who are most likely to be elected with strong pluralities, and practically entrenches incumbents in Democrat strongholds.

3) Experimentation with mail-in voting – as with RCV, mail-in voting will be the method for the U.S. House race coming later in 2022. With Alaska's hostile climate and influence from west coast neighbors, it is only a matter of time until a full-on blitz begins to entrench mail-in voting.