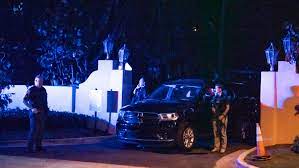 Now there are new details on this horrific abuse of authority.

They searched EVERY ROOM — Likely bugging the place before they left.

Eric Trump said that the security cameras at Mar-a-Lago caught FBI agents behaving improperly during Monday's raid, alleging that investigators were accessing parts of former President Donald Trump's Florida residence that they "shouldn't have been."

In an interview with DailyMail.com, Eric Trump said that because staff refused to turn off the surveillance cameras at the request of the FBI, the Mar-a-Lago cameras captured agents raiding areas that they weren't authorized to.