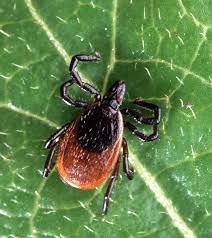 The Phase 3 clinical trial plans to enroll at least 6,000 participants in 50 locations across the world. The vaccine requires three doses, each administered around two months apart, with a booster to be given one year after the initial protocol.

The new vaccine, called VLA15, targets the outer surface protein A (OspA) of the bacteria that causes Lyme disease. The formulation being tested is multivalent, targeting six different iterations of the OspA protein, hopefully covering the most common types of Lyme bacteria in both Europe and North America.

"We are extremely pleased to reach this important milestone in the development of VLA15," said Juan Carlos Jaramillo, chief medical officer at Valneva, the company developing the vaccine in association with Pfizer. "Lyme disease continues to spread, representing a high unmet medical need that impacts the lives of many in the Northern Hemisphere. We look forward to further investigating the VLA15 candidate in Phase 3, which will take us a step closer to potentially bringing this vaccine to both adults and children who would benefit from it."

The trial is expected to run until at least late 2024. If successful, preliminary data should come in early 2025, with a market application to the US Food and Drug Administration (FDA) not far behind.

There is currently no human Lyme disease vaccine commercially available. However, a vaccine was previously developed in the late 1990s but controversially withdrawn from the market after unproven reports of side effects.