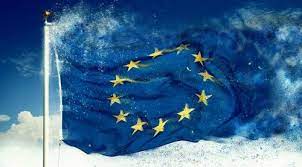 What's wrong with the world? Let me count the ways…

The Western gambit against Ukraine is a bust, a foolish miscalculation that was obvious from the start. All it accomplished was to reveal the pitiful dependence of our European allies on Russian oil and gas, leaving their economies good and truly scuppered without them.The Russians will likely end up with control of the Black Sea and probably the Ukraine breadbasket as well. So now Europe will starve and freeze.

Did they really want to commit suicide like that? Do the populations of Germany, France, Italy, the Netherlands, Spain and the rest just aim to roll into oblivion? Probably not. Rather, we are entering the season of upended governments.

Europe is suddenly a magnificent mess with governments falling like duckpins, industry shuttered from lack of fuel and citizens rising up against insane World Economic Forum (WEF) diktats to drastically reduce livestock and shut down farming — in effect declaring food production an unacceptable environmental hazard.