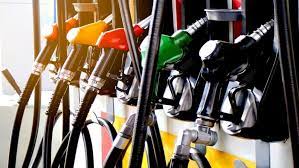 Authored by Alex Kimani via OilPrice.com,

Companies have been accused of price gouging at the pump this year due to high gasoline prices, a claim that is entirely unsubstantiated.

Most gas stations profit primarily from the products they sell inside their stores, as margins on gasoline range from 1%-2%, and actually make more money when prices are low.

Gasoline prices will fall slower than they rise, however, because if they pass a sudden discount on to customers then they may end up in the red when the next delivery comes.

About a month ago, American consumers were confronted with the highest retail gas prices in history when gas prices soared past $5 per gallon for the first time ever. Not surprisingly, Americans were treated to another round of political bluster and ivory tower jousting, with Republican lawmakers blaming  President Biden and his energy policies while Democrats rolled out new bills, investigations, and even sent letters to the heads of oil companies accusing them of price gouging. "Profit margins well above normal being passed directly onto American families are not acceptable," President Joe Biden declared as he called on congress to suspend gas tax for at least three months.