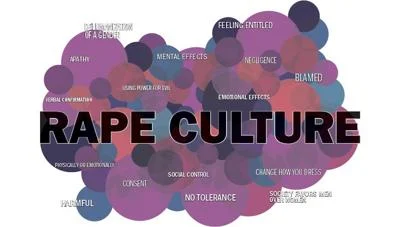 All too often the court finding rests on "he said, she said" challenges. Murder, carjacking, kidnapping, fraud, and arson are relatively easier to discern, since they often, although certainly not always, occur in public, not behind closed doors.

By contrast, determining whether personal crimes such as harassment have occurred are fraught with danger. Were both the assailant and the victim drunk at the time? If so, just how inebriated? Is the claim to have been sexually harassed vitiated if the woman was drunk, but not the man? Does this mean the sexual act was not consensual? Are there degrees of consensuality? "No" of course means "no." But what if actions say "yes" accompanied by a feeble verbal negative. Does it matter if the reverse occurs: a verbal "yes" and a physical "no"? What if the woman changes her mind at the very point of male ejaculation? Does this count? Can a man rape his wife? Without a doubt he can. But in no other context can this question even arise. It thus cannot be denied that this sector of the law constitutes a minefield of ambiguity and obfuscation rarely observed in other cases if criminal wrongdoing.

With all of these pitfalls, we need our best and brightest legal minds on the job to ferret out guilt or innocence in such cases. We want our first team in the trenches, not the bench sitters.