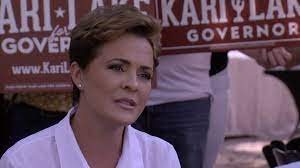 "This is one of the darkest days in American history: the day our Government, originally created by the people, turned against us. This illegitimate, corrupt Regime hates America and has weaponized the entirety of the Federal Government to take down President Donald Trump. Our Government is rotten to the core. These tyrants will stop at nothing to silence the Patriots who are working hard to save America. This is an incredibly horrendous abuse of power. If we accept it, America is dead. We will not accept it. The 10th Amendment can and will save our Republic and the road to stripping the feds of power travels right through Arizona. We must fire the federal government…"

The powers of the states. The 10th Amendment. Rejecting the Feds.

What can Arizona offer people that Oregon or New Jersey or Montana can't? I'm not talking about government freebies, I'm talking about a robust economy, freedom from crazy wokey-dokey government officials, and so on.

Yes, reject federal power in every way possible, but also build up AZ as the place to go for American refugees fleeing insane states that resemble China.

I've mentioned this before, and here it is again. Open Arizona to healing practitioners of every stripe, licensed or not. The only proviso is: their treatments are not harmful.

You'll get thousands of practitioners and their prospective clients moving to AZ overnight. The practitioner and client are responsible adults. They sign contracts with each other, swearing that no liability will be attached to the results of the treatments. No law suits. The state government is not involved in any way.