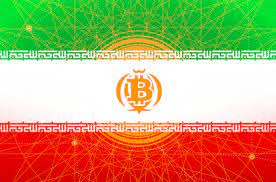 "This week, the first official import order registration worth $10 million was successfully completed using cryptocurrency," said Alireza Peyman-Pak, the head of Iran's Ministry of Industry, Mine and Trade. He didn't provide any other details about the transaction, such as which cryptocurrency was used or where the imports were coming from.

This week's $10 million import order is just the beginning, as Iran works to sidestep sanctions and pursue trade with other U.S.-targeted economies. "By the end of September, the use of cryptocurrencies and smart contracts will be widely used in foreign trade with target countries," said Peyman-Pak.

As the United States and Western allies continue to impose sanctions on Iran and other out-of-favor countries, there's a lot of work underway to create new, non-dollar-denominated means of conducting trade.

Last month, Iranian economic minister Ehsan Khandouzi announced that the U.S. dollar had been officially replaced by the ruble in Iran's trade with Russia, and that work is underway to replace the dollar in business with China, Turkey and India. Russia and Iran are also engineering an alternative to the SWIFT payments messaging service, which is used throughout global trade but is frequently used as a sanctions weapon — by blocking access to it.