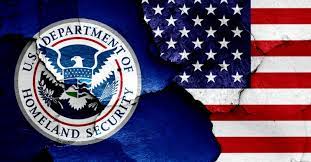 The U.S. Department of Homeland Security (DHS) is promoting "Enhanced Border Security Agreements" by offering access to the department's vast biometric databanks to foreign states that agree to reciprocate, according to a July 22 Statewatch report.

According to the document, the IBIS Program provides "a scalable, reliable, and rapid bilateral biometric and biographic information sharing capability to support border security and immigration vetting."

Biometric technologies work by identifying unique features in the biological traits of a person and comparing them with stored information to see if a person is who they say they are.

According to DHS, these traits — which could be physical, such as a fingerprint or iris pattern, or behavioral, such as voice patterns — are used for "automated recognition" of individuals.

Some human rights and civil liberties advocates raised concerns about the collection of people's biometric information by the DHS, foreign governments and corporations.

"It's not just the surveillance and the buying and selling of your data that is worrisome," John Whitehead, a civil liberties attorney and author told The Defender.