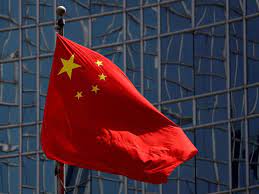 As the U.S. legislative leader Nancy Pelosi swept into Taipei, people around the world held their breath. Her visit was an act of provocation. In December 1978, the U.S. government — following a United Nations General Assembly decision in 1971 — recognised the People's Republic of China, setting aside its previous treaty obligations to Taiwan.

Despite this, U.S. President Jimmy Carter signed the Taiwan Relations Act (1979), which allowed U.S. officials to maintain intimate contact with Taiwan, including through the sale of weapons. This decision is noteworthy as Taiwan was under martial law from 1949 to 1987, requiring a regular weapons supplier.

Pelosi's journey to Taipei was part of the ongoing U.S. provocation of China. This campaign includes former President Barack Obama's "pivot to Asia," former President Donald Trump's "trade war," the creation of security partnerships — the Quad and AUKUS—and the gradual transformation of NATO into an instrument against China. This agenda continues with President Joe Biden's assessment that China must be weakened since it is the "only competitor potentially capable of combining its economic, diplomatic, military, and technological power to mount a sustained challenge" to the U.S.-dominated world system.

China did not use its military power to prevent Pelosi and other U.S. congressional leaders from travelling to Taipei. But, when they left, the Chinese government announced that it would halt eight key areas of cooperation with the U.S., including cancelling military exchanges and suspending civil cooperation on a range of issues, such as climate change. That is what Pelosi's trip accomplished: more confrontation, less cooperation.

Indeed, anyone who stands for greater cooperation with China is vilified in the Western media as well as in Western-allied media from the Global South as an "agent" of China or a promoter of "disinformation."