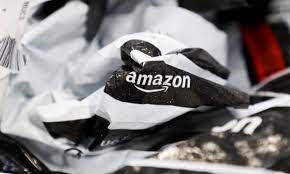 Insider has learned Amazon is planning to add mental health services to its portfolio — so one day you may not only have an Amazon robot cleaning your house, an Amazon doctor providing care and an Amazon store to pick out your clothes, but you could also have an Amazon therapist.

The service, which hasn't been launched yet, will provide Amazon Care users on-demand access to mental health experts, such as licensed therapists or psychiatrists.

Amazon has been doubling down on its healthcare business. Just last month, the company announced plans to acquire One Medical for $3.9 billion.

About 18% of Americans now own a video doorbell. That means a significant and growing slice of American neighborhoods are under a form of intermittent surveillance. If the surveillance video and associated data were the exclusive property of individual homeowners, it might not be of much concern.

Benzodiazepines: Prepping for When the Meds Run Out

WATCH: Lost trust in your physician? Dr. Peter McCullough has a solution