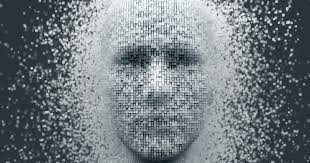 What is it about the fervent quest for an autonomous digitized brain that sends them into fits of ecstasy? Is it all about what AI can do for them and their agenda, or, is there also a darker "occult" element to the concept that is so appealing?

The World Economic Forum, an organization dedicated to the globalist "Great Reset" agenda, the Fourth Industrial Revolution and the "Shared Economy," dedicates a large portion of every annual meeting in Davos, Switzerland to discussion on AI and the expansion of its influence over daily life.

The United Nations holds extensive policy sessions on AI and has been spending a considerable amount of energy to establish "ethics rules" for the development and use of Artificial Intelligence. At the core of the UN's efforts is the assertion that only the UN is qualified to dictate and control AI technologies; for the good of all mankind, of course. AI governance is slated to go into full effect by 2030 according to the UN's own white papers (All globalist institutions have set 2030 as the target date for all of their projects).

Another lesser known but substantial organization is the World Government Summit held every year in Dubai. These summits are attended by many national leaders and representatives as well as corporate CEOs and celebrities. The primary subjects of focus at the WGS are usually climate change propaganda, centralization of the global economy, Transhumanism and AI.

IBMs 433 Qubit Quantum Processor and Beyond