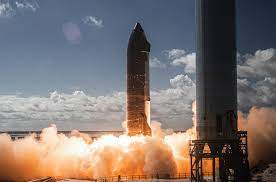 Welcome to Edition 5.06 of the Rocket Report! The big news this week is Northrop Grumman's deal with both Firefly and SpaceX to make sure it can continue flying Cygnus spacecraft to the International Space Station. This is a bold move that draws upon the deep US commercial space industry in order to meet NASA's needs in space. It is great to see this kind of cooperation in the aerospace community.

As always, we welcome reader submissions, and if you don't want to miss an issue, please subscribe using the box below (the form will not appear on AMP-enabled versions of the site). Each report will include information on small-, medium-, and heavy-lift rockets as well as a quick look ahead at the next three launches on the calendar.

Astra pivots to larger rocket. Astra will shift away from its previous mantra of being lean in terms of staffing, moving at breakneck speed, and tolerating some failure in launch vehicles, Ars reports. It will also go bigger in terms of its rocket size. "First, we've increased the payload capacity target for launch system 2.0 from 300 kg to 600 kg," CEO Chris Kemp said. "Second, we're working with all of our launch service customers to re-manifest on launch system 2.0. As such, we will not have any additional flights in 2022. And third, we're increasing investments in testing and qualification."

Starter rocket a non-starter ... The company announced the change in strategy after five failures in seven attempts to launch its smaller starter booster, Rocket 3.3. Kemp said Astra plans to conduct test launches of its new, larger rocket next year, but it cannot commit to starting commercial service with the rocket in 2023. It is unclear whether Astra has the finances to survive one to two years of development work. Astra reported a net loss of $168 million during the first half of 2022, with revenues of just $6.5 million. Meanwhile, the company has cash and marketable securities of about $200 million on hand. (submitted by Ken the Bin)