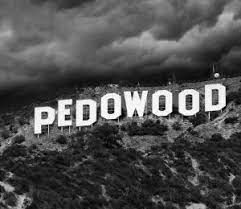 According to a Hollywood insider who appeared on "In The Trenches With Teddy Daniels," Hollywood and the entertainment industry are controlled by pedophiles who prey on young children and use them as currency.

According to the veteran screenwriter, who has 30 years experience working in Hollywood, he has the tapes to prove his claims and expose the elites and their crimes. Due to the dangerous nature of his revelations, the insider chose to conceal his identity during the interview, going only by the name of "Mike" and not showing his face.

Well-known reprobates like Hollywood director and convicted sex offender Harvey Weinstein are far from the only predators in Hollywood "with powerful political connections," Mike said, stating that there are "a lot more cockroaches under those floorboards."

These are the exact same people, Mike said, who gave Hollywood director Roman Polanski an Oscar and a standing ovation after he'd fled the US over charges of raping a 12-year-old child.

"There's a lot of right-wing broadcasters who like to talk about these cloak and dagger clandestine meetings and back rooms, but it's not actually like that. It's in the open," Mike said. "They already got away with it publicly and they're all in on it," he went on, telling viewers and listeners that Hollywood pedophilia is far from a mere conspiracy theory.