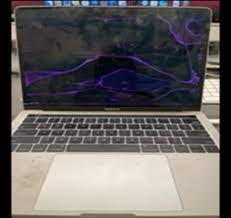 During an FBI visit to Isaac's laptop repair shop in December of 2019 to collect Hunter's laptop and subpoena, Isaac's recorded in his book that Agent DeMeo threatened Isaac to not speak of the incident.

"Hey, lads, I'll remember to change your names when I write the book," Isaac reportedly told the FBI agents while they were heading for the door.

"Agent Wilson kept walking but Agent DeMeo paused and turned to face me," Isaac recounted. In response, DeMeo said, "It is our experience that nothing ever happens to people that don't talk about these things."

Isaac wrote in his book he had to "digest the encounter" due to the ominous statement. "Was I being paranoid, or had what the agent just told me been a direct threat, or at best a thinly veiled one?" Isaac said he wondered.

The laptop repair man has since sued several media outlets, including CNN, the Daily Beast, and Politico, along with Rep. Adam Schiff (D-CA) for accusing him of pushing Russian disinformation.

"CNN's broadcast of the false statement accuses the Plaintiff of committing an infamous crime, i.e., treason by working with the Russians to commit a crime against the United States of America by attempting to undermine American democracy and the 2020 Presidential election," the suit allegedly reads.