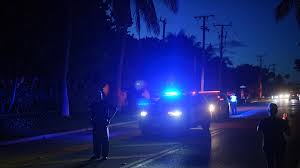 Breitbart News exclusively obtained the search warrant and property receipt concerning the FBI raid of former President Donald J. Trump's residence at Mar-a-Lago ahead of the rest of the media Friday.

The inventory list of what was seized—or the receipt part of the document—is three pages long and constitutes two separate receipts, one that is two pages long and another that is one page long. Both receipts were signed by Trump's attorney Christina Bobb and dated on Monday Aug. 8, 2022, at 6:19 p.m. The longer receipt was signed by FBI Special Agent Jeremy Linton and the shorter receipt was signed by the name: "I. Grady Gary" and includes the title SSA. It is unclear who that person is, and the handwriting is not the clearest.

Linton apparently authored an affidavit supporting the criminal complaint and arrest warrant for Tommy Frederick Allan, of Rocklin, California, regarding his alleged involvement in the January 6 riot.

Citing a video Linton said was recovered from an unspecified individual's Facebook page, the special agent wrote that he saw Allan display a document signed by Trump. Linton said that the video allegedly shows Allen stating that he took it from then-Senate Majority leader Mitch McConnell's desk.