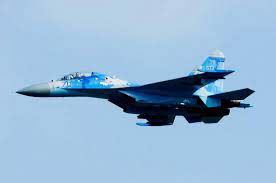 With NATO now open to supplying Ukraine with modern Western fighter planes, the question is, will this change the game or is it already too late?

Like the rest of the Ukraine conflict, any discussion about the air war has to be conducted with a considerable degree of uncertainty. Not only is the famous fog of war a constant problem, but both Russia and Ukraine have been conducting an aggressive propaganda offensive that often makes it difficult to separate fact from fiction.

However, one thing that is certain is that the air war has turned out very differently than expected.

Having learned from the mistakes in Vietnam in the 1960s of allowing political interference in conducting air campaigns, Western air forces, and especially the American and British forces, have become extremely effective in combat. This effectiveness was so apparent that it was almost taken as read that whenever a US-led coalition force went to war, such as in the 2003 Iraq Invasion, the Western air wings would rapidly not only achieve air superiority over the enemy, but outright air supremacy.