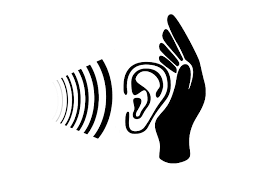 There is no pill that can cure the phantom ringing inside the ear, and the disorder has so far defied treatments.

The team at the University of Auckland in New Zealand says 65 percent of participants reported an improvement, and for some people it was "life-changing"—because tinnitus was "taking over their lives and attention."

Around five percent of the population experience it to such a distressing degree that they have trouble sleeping, difficulty carrying out daily tasks, and depression.

"This is likely to have a direct impact on future treatment of tinnitus," said Audiology Professor Grant Searchfield.

Earlier trials have found that white noise, goal-based counseling, goal-oriented games, and other technology-based therapies are effective for some people, some of the time. The new treatment begins with an initial assessment by an audiologist who combines a range of digital tools, based on the individual's experience of tinnitus.

"This is quicker and more effective, taking 12 weeks—rather than 12 months—for more individuals to gain some control."