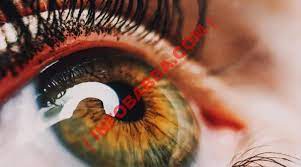 Prior to receiving the implant, most of the patients were blind due to diseased corneas. The promising result of the trial brings hope to those suffering from corneal blindness and low vision by providing a bioengineered implant as an alternative to the transplantation of donated human corneas, which are scarce in many countries.

"The results show that it is possible to develop a biomaterial that meets all the criteria for being used as human implants, which can be mass-produced and stored up to two years and thereby reach even more people with vision problems," says Neil Lagali, professor at the Department of Biomedical and Clinical Sciences at LiU, one of the researchers behind the study.

An estimated 12.7 million people around the world are blind due to their corneas, which is the outermost transparent layer of the eye, being damaged or diseased. Their only way of regaining vision is to receive a transplanted cornea from a human donor.

But just one in 70 patients receives a cornea transplant. Furthermore, most of those who need cornea transplants live in low and middle-income countries in which access to treatments is very limited.