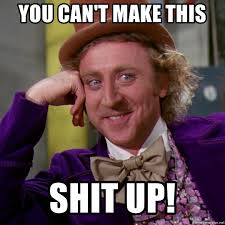 53-year-old Paul Pelosi Jr did not publicly disclose his stake before accompanying his mother on the taxpayer-funded trip to Taiwan.

Pelosi is not only a major investor in Borqs, a player in the Chinese internet-of-things and 5G sector, but has also worked as a consultant for the firm, rewarded for his services with 700,000 shares in the firm, at which time his holdings were exceeded only by CEO Pat Sek Yuen Chan.

Upon learning that Pelosi Jr. had tagged along with his mother's delegation, several Taiwanese politicians, including the former chair of the island's financial supervisory commission, Tseng Ming-chung, have demanded to know whether the island's ruling Democratic Progressive Party had a financial relationship with the Pelosi family and whether the congresswoman's visit involved business interests.

The younger Pelosi was not listed as a member of the delegation and had no government post or other stated mission to carry out.

It is unclear what Pelosi Jr.'s role at the company was.

Additionally, Pelosi Jr. was appointed to the boards of two lithium mining companies in 2020 and 2021. His appointments have drawn new scrutiny following his visit to Taiwan, a lithium mining capital.