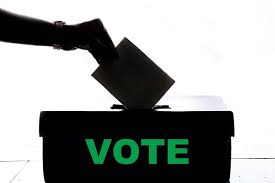 The results of the 2020 presidential election may not have been changed from President Donald Trump to Joe Biden by blatant vote fraud – voters casting ballots in the names of neighbors or dead people – so much as it was impacted by being rigged.

WND reported when senior legal correspondent Margot Cleveland of The Federalist explained that factors included "every illegal drop box placed in Democrat-heavy precincts," and "when the Pennsylvania legislature unconstitutionally authorized no-excuse absentee voting and when Philadelphia clerks illegally inspected ballots and then told Democrat activists which voters needed to cure their ballots for their votes to count," and when "Wisconsin election officials ignored the state election code, telling voters they were 'indefinitely confined' because of COVID and that nursing homes could ignore Wisconsin's requirement that special voting deputies oversee elections in residential facilities."

And that was just the beginning of her list.

Now it is John Daniel Davidson, senior editor at The Federalist, who is warning that the 2024 election is being rigged "right now in plain sight."

He cited the FBI's raid on Trump's home in Florida, which purportedly was to look for secret documents belonging to the government. Actually, there have been claims that those accusations were planted in the media by the Biden administration, and that FBI agents actually were there planting evidence and installing bugging devices, among other accusations.

"The FBI raid on Trump's home isn't just about prosecuting the former president for Jan. 6, it's about fixing the next presidential election," Davidson explained. "The news cycle this week has been understandably dominated by the FBI's raid on former President Donald Trump's Mar-a-Lago residence in Florida, where armed agents were supposedly looking for classified documents the FBI believes were improperly removed from the White House at the end of Trump's term, in violation of federal law."